Catch Weight in the Food World

Where does the term “catch weight” come from?

Catch weight is a commonly used term in the sports of boxing and wrestling. In both sports, it is used to describe the weight of a contender right before a fight. Catch weight was instituted because athletes who had qualified for a certain weight class would bulk up before a fight, giving them an unfair advantage that sometimes led to dangerous situations for the boxer or wrestler who did not bulk up. As a result, the sports instituted catch weight rules; athletes are required to weigh-in directly before the fight to avoid unfair weight advantages.

How is the term applied in the food processing world?

Catch weight is the actual weight of a product when it is sent to a buyer. Catch weight is often used in industries with high-value products that vary in size and weight such as steaks and seafood. It is used by manufacturers that sell product by the pound or ounce rather than setting a uniform price per package or case.

For example, the fresh chicken you buy at a deli counter is weighed as it’s packaged and you pay for the precise amount of chicken you purchase. The deli is using the catch weight to track and price product. In a manufacturing environment, the same process applies¬¬—each package of product is weighed and labeled with its exact weight. The customer pays for the exact amount purchased. This type of package is sometimes referred to as a “random weight case.”

In contrast, the frozen “five-pound” bag of chicken you purchase at the grocery store probably doesn’t weigh exactly five pounds. The manufacturer of that chicken does not use catch weight, but instead an approximate five pounds is packaged in the bag and sent to the grocer. This kind of package is sometimes referred to as a “fixed weight case;” each bag is labeled as five pounds.

When a company wants to track the actual amount of the product they produce and sell, rather than an approximate weight, they use catch weight to do so.

When does a manufacturer use catch weight?

Usually the industry dictates when a manufacturer might use catch weight, but a common factor in that decision-making process is the value of the product being sold. There is a higher cost associated with tracking goods using catch weight; the cost outweighs the benefit if a product is not high-value. Let’s say a company sells wheat in ten-pound cases. The variance of weight in each ten-pound case might be an ounce or two. The cost of the loss of an ounce or two of wheat is negligible, far less than the cost of instituting a complex catch-weight tracking system.

A company that sells steaks, however, could not sustain losses like that with every single order. The loss of three ounces of high-end beef might cost a manufacturer as much as $30. Multiply that loss by the thousands of orders filled and you’re looking at huge losses! You can see why they want to bill for the exact amount of product rather than risk losses or unhappy customers by using approximate weights.

Traditionally, using catch weight is extremely labor-intensive and error prone. It requires a company to spend more production and processing dollars. You can imagine having to stop the line to weigh and record the weight of each and every package that comes off the line. Not only does that lend itself to human errors, but there’s a labor cost and a huge time investment associated with tracking each weight using a manual approach.

Processors don’t want to lose time or money, so what can they do?

Addressing the challenges of catch weight

Some food manufacturers hire a person to record the weight of each package as it comes off the line. That person records the weights with pen and paper. Numbers are later added to an Excel spreadsheet to track inventory and sales. This method is subject to human error and doesn’t allow for the speed that other methods might.

Another method involves automation–using software to record weights of units as they come off the line and are labeled. This method eliminates human error and speeds up the process substantially. It also allows for real-time inventory and sales tracking. ParityFactory is one option for an automated inventory system that handles catch weight. Parity’s system allows for catch weight processing, multiple units of measure, real-time yield management, and tracing—all built into one easy-to-use system.

If you have questions about catch weight, or would like to know more about ParityFactory, please contact us. 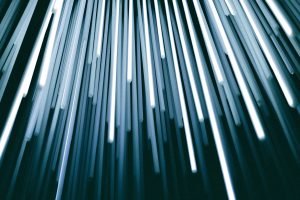 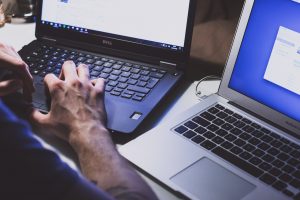 How ParityCare Takes the Headache out of IT Support

(Photo by freestocks on Unsplash) In the business world, there are few situations more stressful than having a vital process crash at a crucial

Want to learn more about ParityFactory?

We’re excited to learn about your operation as well! Talk to one of our specialists, or have us introduce you to one of our clients.
Let's start a conversation

Every decision we make, every feature we build, reflects our passions: food safety and our customer’s growth.

Based in Seattle, WA